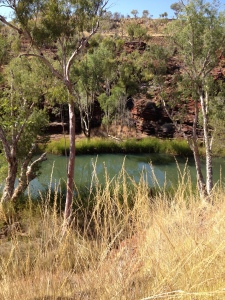 I was SO IMPRESSED by the quality of information in this document that I needed to bring it to your attention:

This report is a wonderful, refreshing step forward for conservation. Yes, the methodology has been published previously but I really like the fact that it involves a cost and benefit analysis.

Firstly, what I liked about this document is that it brought together a group of people from industry, government, consultancies, and research backgrounds to assess threats to conservation significant species on a regional scale.

Thirdly, the time frame for the consideration of threats and management strategies was a 20 year period – so, so refreshing to see  long term planning.

Fourthly, the cost-effectiveness (CE) of each strategy was calculated. And a sensitivity analysis was then conducted to determine the robustness of the CE rankings in relation to benefit estimates.

The development of offsets packages generally have similar outcomes. A set of commitments are made to offset irreversible, significant environmental damage. However, these commitments are determined without the rigor described above and thus the benefit to a species or habitat as a result of offsets commitments are rarely measured because:

Industry has the ability to have a positive, cost-effective impact on the environment. By using the techniques described in this document, it could quite easily employ a united effort to have a significant positive impact in comparison to the localised efforts resulting from offsets commitments.

While we must follow the guidelines developed by government, Carwardine et al. (2014) provide inspiration to utilise measures that justify the commitments made in offset packages. It is certain that in some situations our offsets commitments likely contribute in a minor, token manner in comparison to that of a collective, regional effort as described by Carwardine et al. (2014).